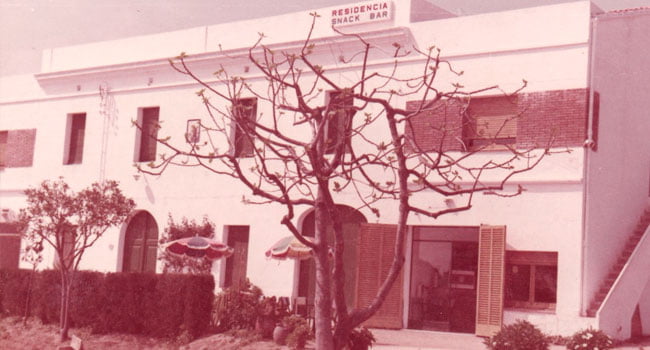 A restaurant with history

Maria Teresa Serra and in Ricard Planas, together with their children Richard, George and Henry Planas gave life to Restaurant San Antonio, he took the name of Saint Anthony of Padua mosaic that is the entrance to the house, since the time when it became a holy place was custom facades.

Before his restaurant was a hostel where the upper rooms of the house were tourists and downstairs was where the family slept and where they could also find a small bar that night became a “pub. “In this were heard, thanks to tourists, the first records of The Beatles, The Rolling Stones, The Equals and many more famous artists.

Tourism was not enough to live the whole family and they make the decision to make a small restaurant business because it lasted all year. In the restaurant they could find food totally homemade. In the kitchen, the women worked, steaks, sausages, macaroni and especially eggs and omelettes as the chickens were in the house.

The decline in profits from the hostel who did not find it profitable. So they For more information click aquír and the family settled on the first floor, the whole floor dedicated to restaurants. 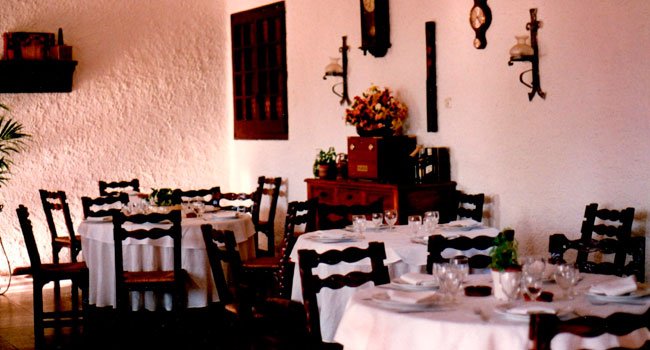 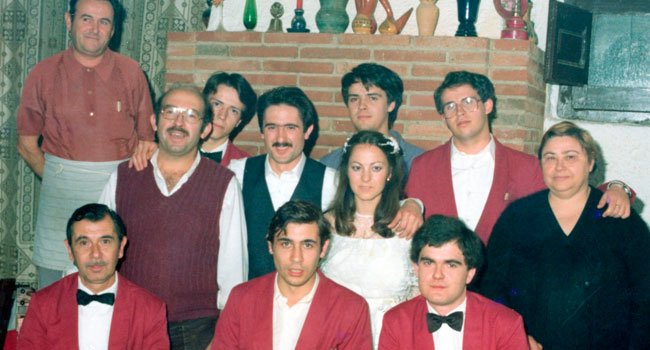 The kitchen was taking body and small, in Richard, Jordi and Enric served bread and olives on the kitchen table and grandfather Richard was typical homemade dishes yet different. Cannelloni, paella, cod with spinach, macaroni…

The years passed and the children were men discovering their vocation, the largest in Richard, remained in the restaurant helping combining work with family and cooking classes, and twins, Jordi and the Henry worked at the weekend to continue his career studying at the School of Hotel Girona, San Narciso. George is professionally prepared to perform the tasks of waiter and Henry to devise and prepare dishes from the chef.

As soon finish their studies, they both set to work with the family. The Henry made ​​a combined ancient cuisine restaurant and modern kitchen. Cannelloni grandfather Richard, round cut with mushrooms, escorpura cake, spinach custard sauce anchovy scale, sandy fresh seafood, salmon pastry sauce and prawns eggs from the hen house, salads and vegetables from the garden of the restaurant, especially the paella. 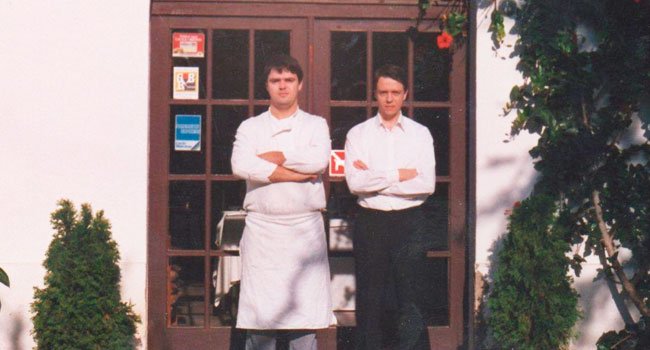 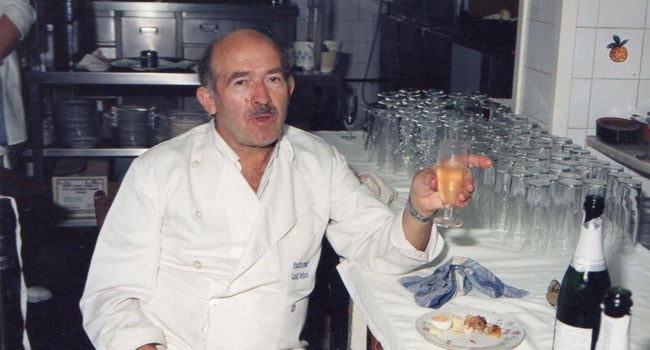 After all these years he also trained at the School Arnandis Barcelona with Professor Josep Lladonosa and turned , connoisseur of Catalan cuisine.

From 1983 to 2000 the San Antonio Restaurant was mentioned in the Michelin Guide , this event thanks population Premia Dat was known worldwide . He also was featured in newspapers such as Today , Joseph San Antonio to suggest the restaurant dishes selected , restored its professionalism and its simple beauty and welcoming , the newspaper , where the 6 April 1991 the newspaper published in its pages a section that talks about receiving the diploma San Antonio restaurant by the Department of Commerce and Consumer Affairs of the Government . Catalonia Tourism diploma in recognition of his outstanding contribution to tourism in Catalonia . Also on 29 May 1992 Rodrigo Teacher explains that the restaurant has good food because the recipes are unmatched . And La Vanguardia , with excellent reviews thanks to their efforts , the quality , naturalness and originality in food and service.

In 1988 it was Henry ‘s restaurant wanting to evolve along with his wife Arantxa settled into the corner of Henry , a small hotel with a kitchen similar to San Antonio which was referred to the Vanguard. The critic said he felt at home and could enjoy a fabulous meal. A few years later , around 1992 the opportunity to prosper and for this reason the couple is heading towards Santiago restaurant Premia de Dalt to work hard . This moment lasted until 1997 , was at that time how much Henry took the lead back in the kitchen more preferred . Over a period journeyed several renowned restaurants Maresme Restaurant Coloma Port Masnou, boom Vilassar Sea , Patio Green Premia de Mar Restaurant Hunters of Arona and then for five years was in the group Can rush Alella ; them all as chef. 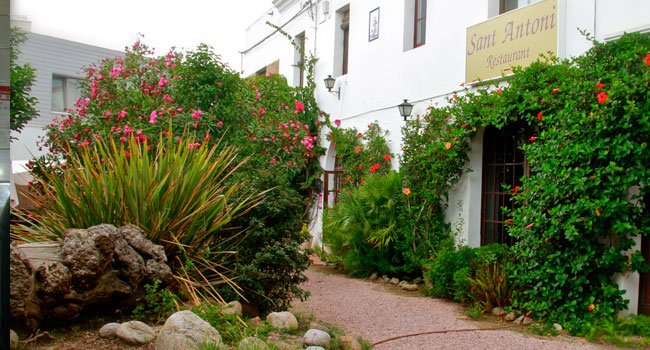 Moreover in 1995 in George, along with his wife Agnes opened the San Antonio Winery, built in the same place the restaurant.

While the twins were developed outside the restaurant, the eldest son, Ricard acquires control of San Antonio.

After a hiatus of five years of commercial business, again returned to the family’s hands.